Antique Serab rugs were woven in the northwest Persian province of Azerbaijan. Tabriz and Heriz are also located in Persian Azerbaijan province.

Serab production was relatively small compared to many of the other weaving villages in Persian Azerbaijan province, and they are distinctive both for having specialized in runners and for the weaver’s use of ivory and camel as primary colors.

Some Serab scatter size rugs were woven, typically in the 3′ x 5′ range; but one sees runners far more frequently than small rugs. Room size carpets are rare if not non-existent. Some room size carpets that ostensibly resemble Serab rugs were woven further south in Hamadan province and these could certainly be mistaken for Serabs, but they tend to have a different weave.

Antique Serab rugs are runners are generally sturdy rugs of medium fine quality. Some have a very dense, heave weave; while others are finer with a more pliable handle. In both cases, the rugs tend to have at least originally had fairly thick pile. 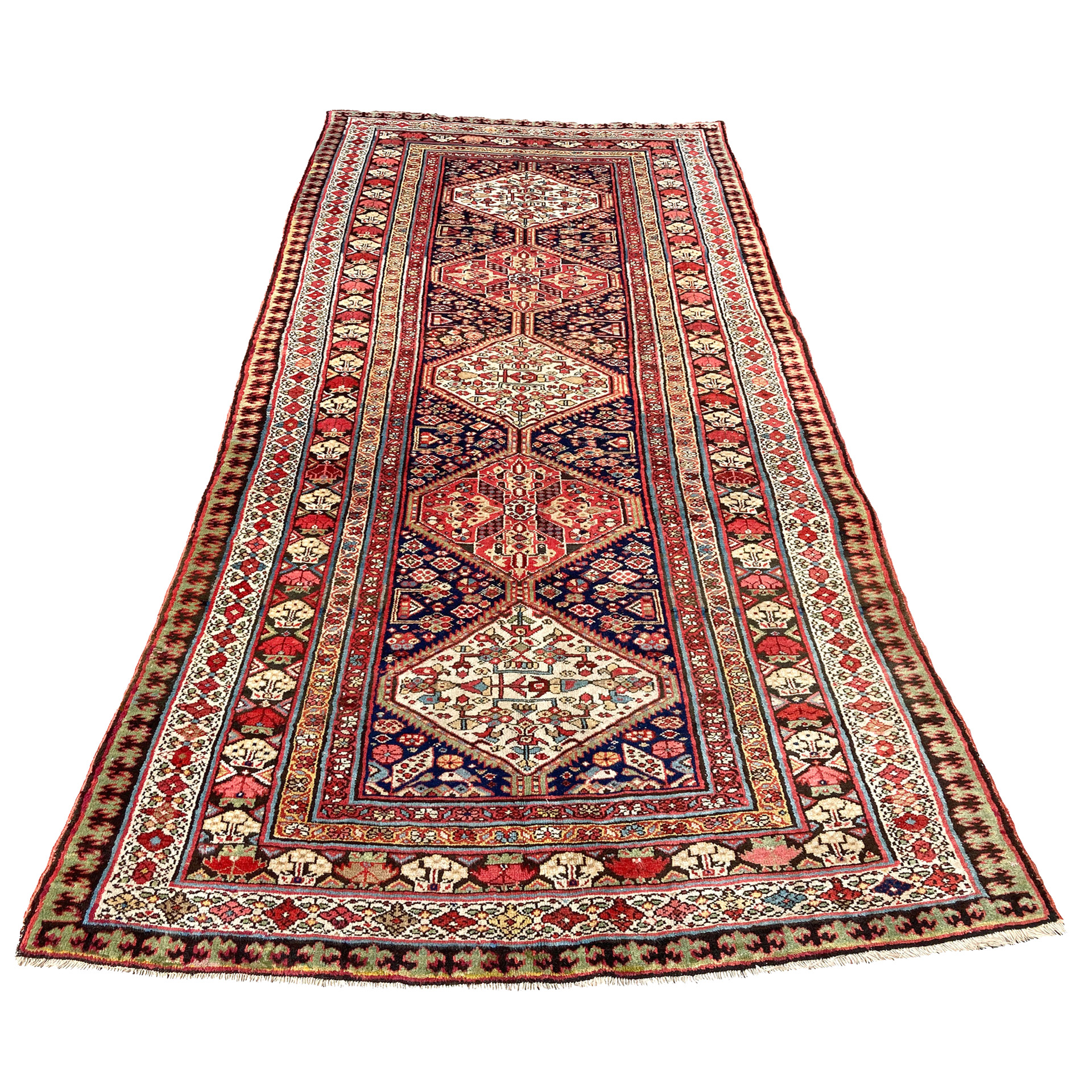 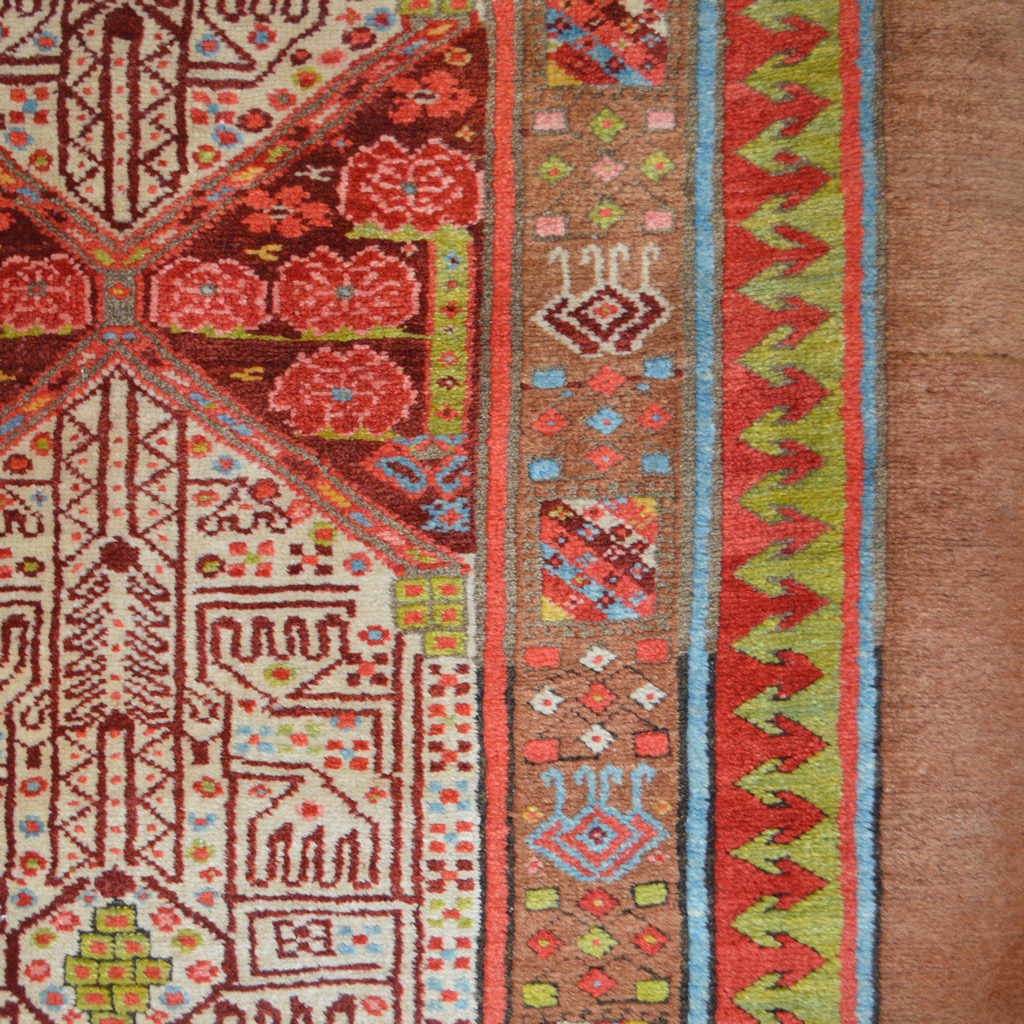 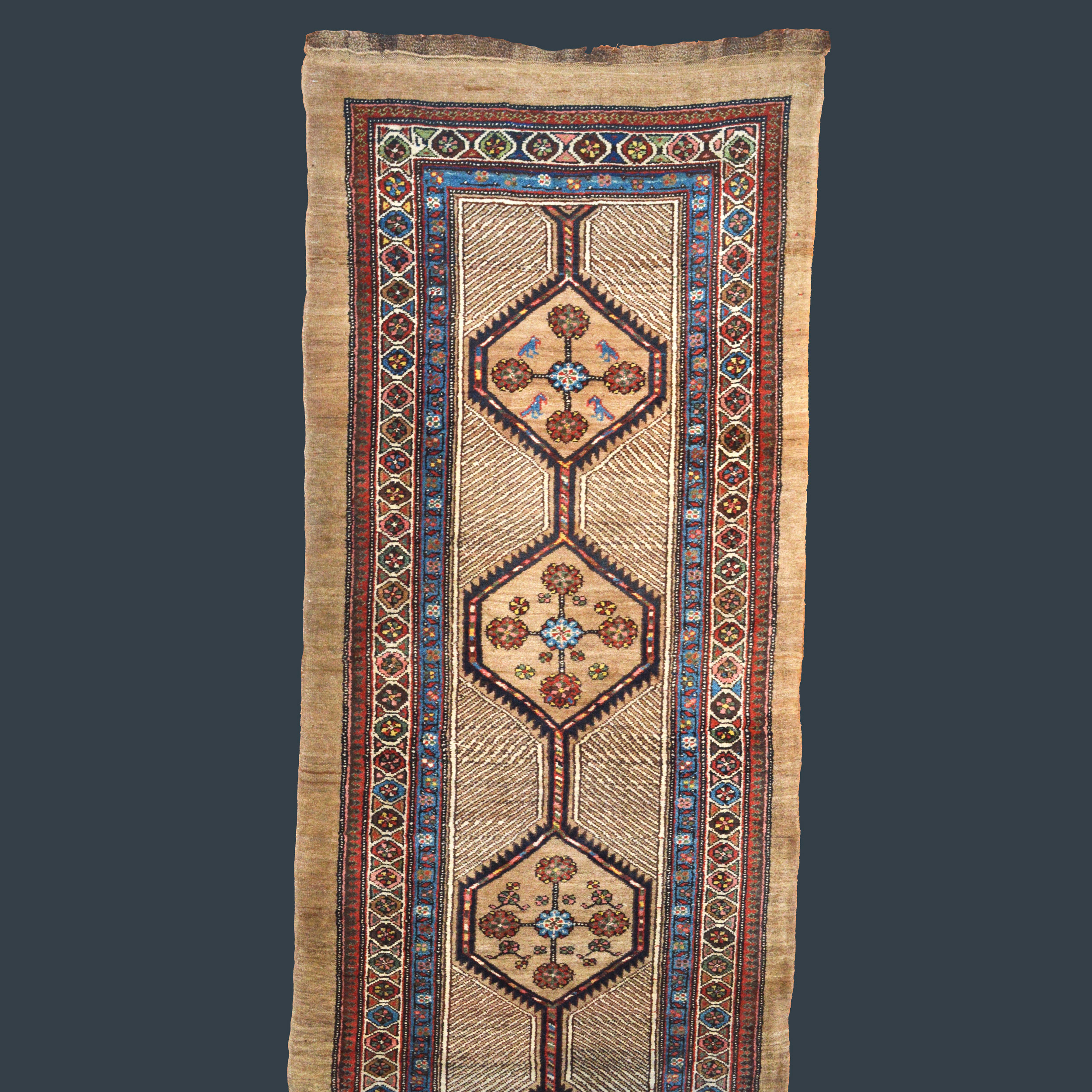