This page from the Douglas Stock Gallery Antique Rug Research Archives features antique rugs and carpets from the famous weaving center of Tabriz in northwest Persia’s Azerbaijan province. Rug producers in Tabriz were among the most organized of all the weaving centers in Persia in the late 19th century. They produced a range of qualities, including the high quality “Hadji Jalili” Tabriz rugs and carpets.

A range of designs were utilized, including formats based on Classical Safavid Dynasty designs such as the “Vase” design and “Herati” design. Open field designs were often seen, especially in the very small rugs (approximately 2′ x 3′) referred to as “mats” or “Poshtis”.

Tabriz is a large city and the rugs and carpets woven there tend to reflect more formality but arguably less charm and individuality than their Fereghan Sarouk and Mohtasham Kashan counterparts. That said, there are a considerable number of Tabriz rugs and carpets that can be considered masterpieces and are among the finest Persian weavings from the 19th century. 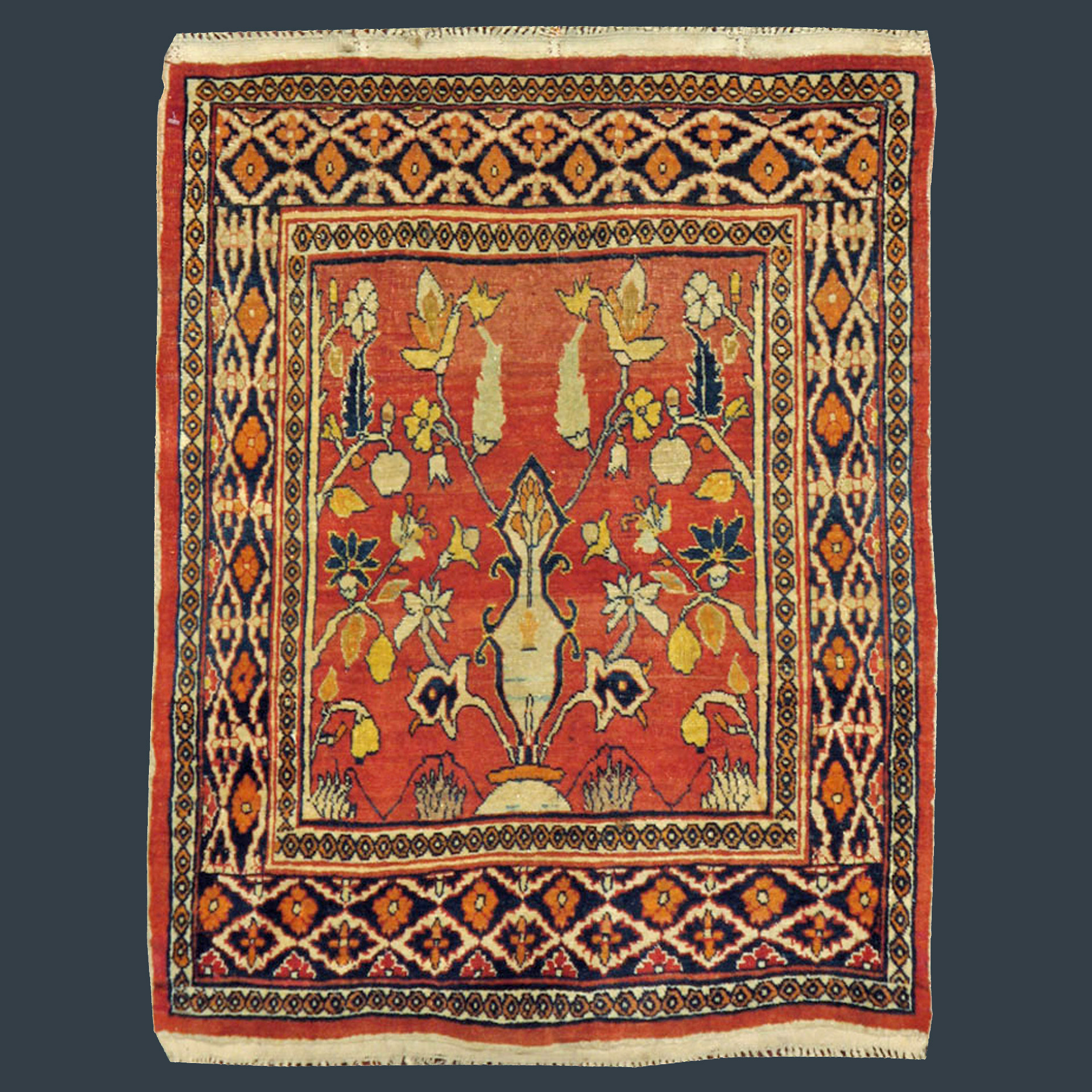 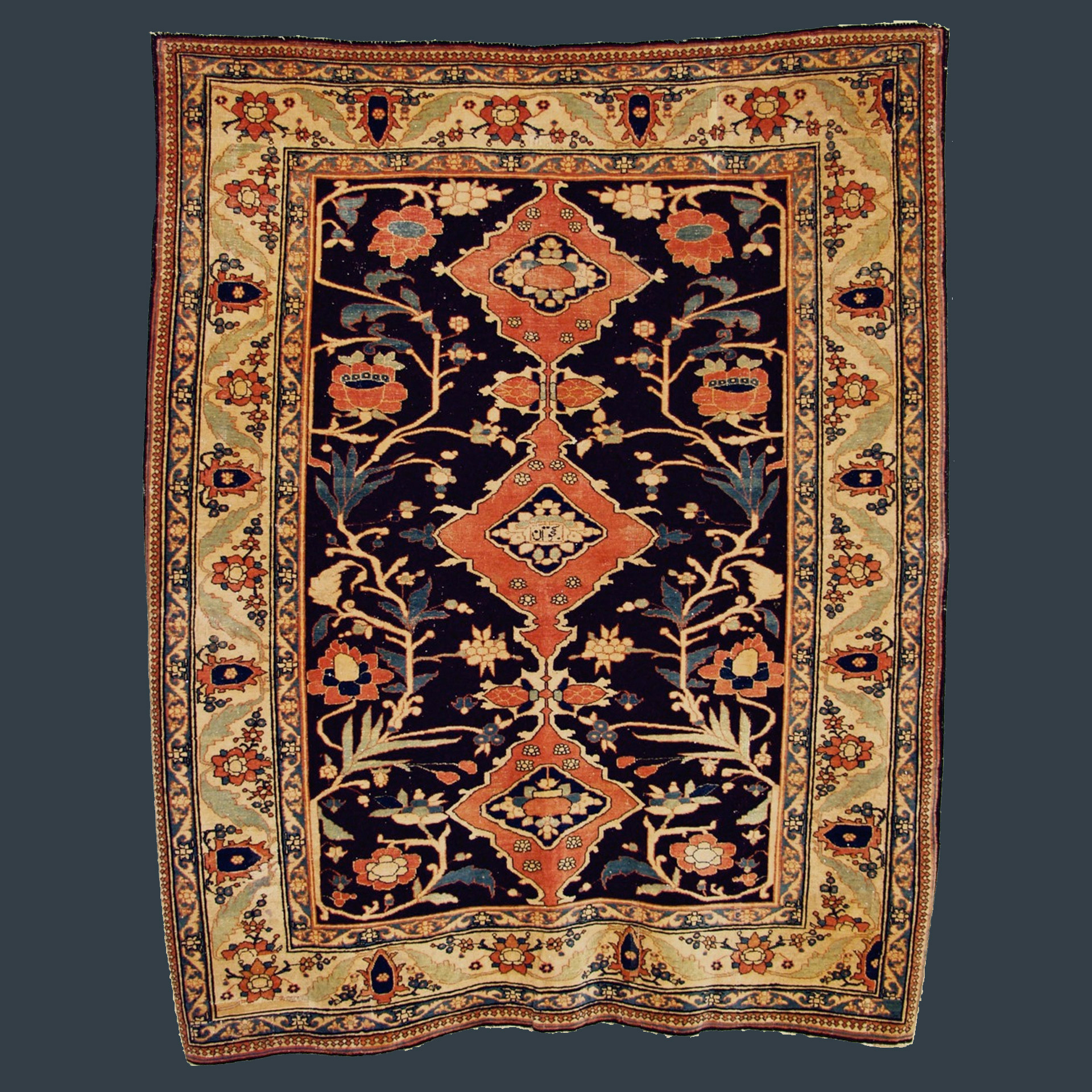